Startup company BranchOut.com hits Facebook! Today, more than ever, job seekers are using the internet to find and apply for jobs. Career networking sites like Linkedin.com, Monster.com, and Simplyhired.com have become a more popular and efficient way of job hunting than anyone could have ever foreseen. In addition, social networking sites, including Facebook and Twitter, are essential in keeping up in today’s social and business world. Theres a new kid on the block; BranchOut. BranchOut has combined traditional social networking with the best of the job hunting variety  by creating the first of its kind career search application built upon the worlds largest social networking base, Facebook. 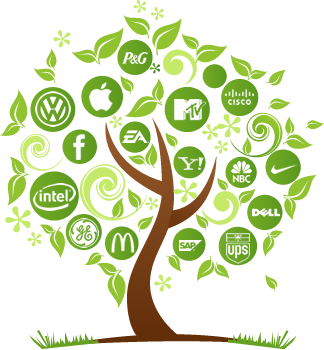 On September 17, 2010 BranchOut raised $6 million in its Series A, led by Accel. Many of the angel investors are, appropriately enough, friends and former colleagues of BranchOut CEO Rick Marini, a co-founder of Tickle.com which sold to Monster.com for over 100MM.

“Basically we have this thesis that the social graph will change a lot of internet businesses,” explains Efrusy. “We fundamentally believe it will change jobs and recruiting. If you look at how most people really get their jobs it is through their real friends.”

Branchout helps you discover important connections within your immediate social network, business contacts that you might have otherwise been unaware of. It’s not only incredibly informative and valuable, but it’s quite interesting to see who’s doing what.

Kudos to the team over at BranchOut for seeing a big opportunity and moving quickly to execute on it.  Rick is not only a colleague, but a friend.  I wish him the best of luck.  If you havent checked it out yet, start using it by visiting the new and hot tech Startup, BranchOut.com now.