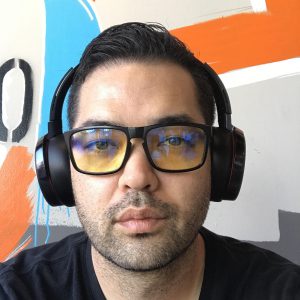 April 16th, 2008 by Andy Merchant                           Liberate Media is always on the look out for different/innovative uses of social media, and this one caught my attention the other day. Sony BMG has teamed up with Big Stage – a media company whose technology allows users […]

Louis Hau 1.9.08 CES 2008 Las Vegas, NV How would you like to give yourself a starring role in your favorite videogame? Or music video? Or your favorite movie scene of all time? South Pasadena, Calif., start-up Big Stage wants to help you do just that. The company has developed a technology that will allow […]

By Rafe Needleman  / January 8, 2008 9:55 AM PST LAS VEGAS– Intel CEO Paul Otellini’s CES keynote was sparkling. In contrast to Bill Gates’ pastel portrait of the future, Otellini presented a concrete vision of a personal, reactive Web, and the challenges to creating it (Silicon, Infrastructure, Context, and Interface). For a full rundown, […]

Startup – Strietzel’s Big Stage at CES 2008 David M. Ewalt, 01.08.08, 2:35 AM ET LAS VEGAS – How do you show off your products to a crowd of slavering gadget geeks when most of what you make is smaller than a thumbnail and doesn’t do anything more exciting than route electrons? That’s the problem […]

Imagine being able to create an animated double of yourself that you can place in games, commercials and movie clips, instantly changing your image in real time if you choose. That’s the concept of Big Stage, which started in Irvine and recently moved to South Pasadena to be closer to Southern California’s entertainment and digital media […]