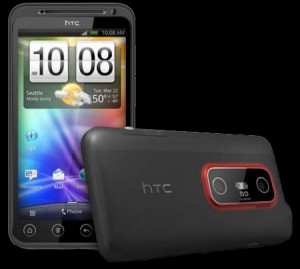 HTC EVO 3D - The Star of the Event

The Radioshack and HTC EVO 3D Launch Event went off in true LA style tonight in West Hollywood.  I along with a slew of friends and colleagues attended the event along with a number of A and B – listers from the Los Angeles entertainment scene.  There was a ton of energy and hype that had built up around this new HTC phone, priced at $199, boasting amazing resolution, a slick design and  the capability to create and view 3D content.  The event started late in the evening and continued into the night.  It felt like the party energy just couldn’t die and it felt more akin to a hot nightclub vs. a device premier. 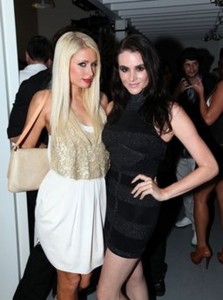 Among the guests were LMFAO, Paris Hilton,  Setorii Pond, Jayde Nicole and a slew of other LA socialites, actors and musicians all there to see the release of the HTC EVO 3D.  As people were posing for the camera on the red carpet, I found myself helplessly sucked in by the HTC EVO 3D and couldn’t help but to play with this gadget for half of the night, nearly ignoring all of the performances and the Hollywood glitz and glamour. Now, for all of you that arent “In the know”, my last professional gig was a huge 3D / facial imaging technology, so, in a nutshell, my nerd side couldn’t help it tonight. 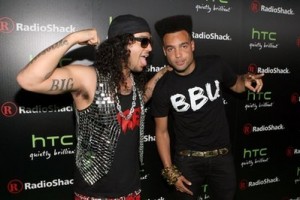 AP was there in full force along with a slew of media outlets including WireImage.  Czech some of the photos that came out of the event courtesy of AP.

Jayde Nicole made an appearance and the cameras went crazy.  Too bad they didnt catch her goofing with the device for half of the night like I did 😉 Speaking of the device, lets get off of the Hollywood vibe and into the hardware that was the true star of the evening. Usher in the EVO 3D.

The EVO 3D, in short, is solid and feels durable when its resting in your hand.  It sports all of the standard switches and controls we’ve all grown accustomed to and showcases a badass aluminum photog button that rests next to the cameras 2D/3D mode toggle switch.  The OS was peppy as hell, fueled by Qualcomm’s Snapdragon CPU and  its gorgeous display by the Adreno 220 GPU.  It was a shame that I was actually unable to actually shoot any 3D images with the device due to constant distractions and terrible lighting, however, I look forward to trying this sucker out tomorrow when I have a chance to spend some serious, quality “nerd” time with it. 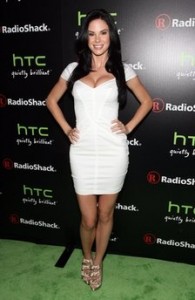 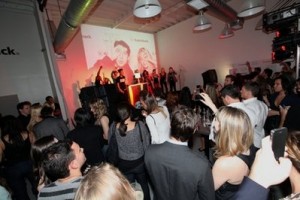 Anyways, thanks Radioshack and HTC for putting on a fun event in great LA style.  As far as the EVO 3D goes, I’ve got no complaints thus far.  Lets see how the camera and reception hold up tomorrow when the nerd in me takes over and the real critic comes out.